The objective of preventing IHL violations and encouraging respect for human dignity in times of armed conflict is an ambitious one. Moving forward, how can actors use what we have learned to generate respect for IHL?

Following developments in research over the past decades, we now know much more about the various interrelated factors that contribute to building an environment conducive to respect for the law. A wide range of pedagogical and academic tools have also continuously been produced, aimed at the military, youth and academia.

Due to the successes of past dissemination efforts, actors involved in the field of prevention can now move beyond the classic one-way dissemination approach and learn to embrace the complexity of factors influencing behaviour. This might require a series of measures.

First, a commitment to prevention needs political will, on the part of States and on the part of those actors involved in activities on the ground. It requires the allocation of resources, the recruitment of qualified staff, a concerted strategy and the capacity to coordinate with other actors so as to detect and reinforce complementarities. Investing in prevention means a commitment to continuity and long-term vision.

Second, there is a need for an increased emphasis on complementarity of efforts by actors involved in prevention. The goal of influencing behaviour clearly cannot be achieved by one actor alone. This means accepting that there is plenty of work to do for everyone, and examining how to capitalize on complementarities, including with human rights organizations or actors involved in the development of the rule of law. Territoriality and lack of coordination leads to duplication of efforts while leaving wide areas of need unfulfilled.

Third, the rapid development of new technologies and the global connectivity that the Internet provides are door-openers for actors working in this field to enhance their capacity to reach out to audiences worldwide. The crucial role of the Internet and the potential of digital education should be harnessed to reshape and further strengthen the prevention approach. In aiming for a more impactful outreach via new technologies, it should not be forgotten that prevention work is results-driven, rather than tools-driven.

The videos first explain the responsibilities of commanders and individual soldiers. They also highlight some of the basic elements of the law of armed conflict, and specifically focus on the conduct of hostilities and on the protection afforded to civilians, civilian objects and other protected persons and objects.

Fourth, the field of prevention could benefit from better defining measurable objectives. In this regard, academic institutions, for instance, could help improve the accountability of prevention by regularly taking stock of ongoing prevention work and its evolution, or by developing platforms where instances of respect for the law and their positive outcomes can be documented and shared.

Finally, it is important to acknowledge that prevention activities have a cost, especially in terms of maintaining qualified and well-trained staff, or the development of modern training and outreach tools. The costs are, however, minor compared to the money spent on remedial action during a conflict or on post-conflict rehabilitation activities. Having said this, increasing donor emphasis on accountability over the last decade may have had the paradoxical effect of humanitarian actors reducing the scope of more ambitious, long-term prevention programmes so as to deliver quick and highly visible results.

During the conference cycle, experts reflected on conflict-related sexual violence from the angle of prevention. By sharing research-findings and best practices, Doris Schopper Doris Schopper, CERAH Doris Shopper is a Professor at the University of Geneva, and the Director of the Geneva Centre for education and research in humanitarian action (CERAH). , Elisabeth Jean Wood Elisabeth Jean Wood, Yale University Elisabeth Jean Woord is Professor of Political Science at Yale University, and a member of the External Faculty of the Santa Fe Institute. Elisabeth serves on the Board of Directors of the Peace Research Endowment and as Coordinator of the International Scientific Committee of the Observatory of Restitution and Regulation of Agrarian Property Rights. , Siva Methil Siva Methil, UN Siva Methil is Training Officer in the Policy and Best Practices Service of the UN Department for Peacekeeping Operations. In the UN, he has served as Military Observer in Democratic Republic Congo; as Capability Development Officer in the Policy and Doctrine Team of Office of Military Affairs; and as Training Officer on conflict-related sexual violence in the Department of Peacekeeping Operations. and Marie Coutin Marie Coutin, Geneva Call Marie Coutin is a programme manager for the Africa Department at Geneva Call. Prior to joining Geneva Call in 2014, Marie Coutin worked as country manager in non-governmental and international rganizations in Central and West Africa and the Middle East. aimed at addressing the problem upstream.

Building on the previous panel discussion "Responding to sexual violence in conflict: can we do better?", the ICRC and the Geneva Centre for Education and Research in Humanitarian Action (CERAH) convened a follow-up livestreamed conference on 12 November 2015 aimed at addressing the challenging issue of prevention of conflict-related sexual violence.

People are people’s own remedy

“Hidden in this modest body of international law is an exhortation to knowledge, a call to study and understand, a demand that we take part in the rules”, writes Naz Modirzadeh in her Opinion Note for this issue of the Review, calling for a renewed engagement with IHL. The norms of humanitarian law embody the high aspirations of the international community.

The idea that a common ground of humanity can be found in the midst of war – at a time when human life seems to have so little value – should be reaffirmed as one tying the members of the international community together. “People are people’s own remedy” (“Nit nit ay garabam”), says a Senegalese proverb. It is time to act as our own remedy, reaffirm our trust in humanity and its future, and commit to preventing abuses in armed conflict by investing in efforts to generate respect for the law.

The panel discussion on “Generating respect for the law : Taking stock, moving forward”, was held at the Humanitarium in Geneva on 22 October 2015.

Over the past decades, actors working in the field of prevention have made considerable progress in understanding the roots of behaviour in war, and this knowledge should be put to good use. But more importantly, generating respect for the law is not simply a technical question – a matter of implementing a sound methodology in terms of influencing behaviour, military training or implementation of legal norms. It is also a matter of defending and regaining the moral high ground over those who want to turn crime into practice. 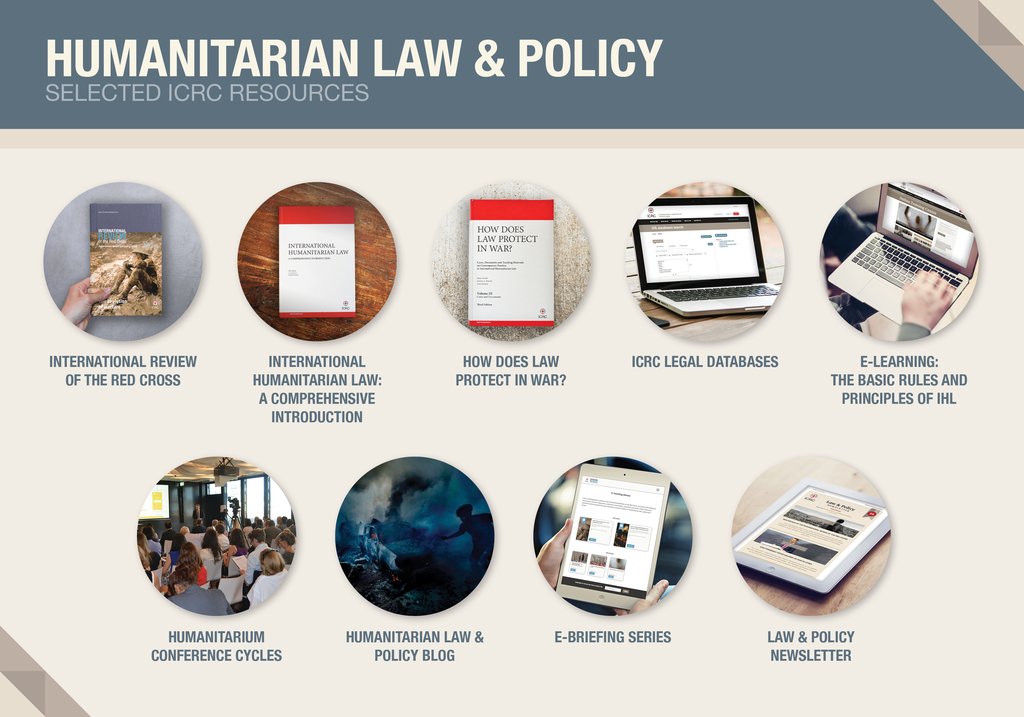 Want to learn more? Get the whole edition of the Review here.

This issue of the Review recalls the importance of prevention by offering reflections on how to influence behavior and develop strategies for enhanced respect for the law.

DISCLAIMER: The views expressed in this e-briefing reflect the contents of the edition of the REVIEW and do not necessarily represent the position of the ICRC.

Feedback and suggestions may be sent to: review@icrc.org.

© International Committee of the Red Cross, 2017.